For donkey years, people have always turned to lead acid batteries for their equipment, vehicle, and electronic power needs. It had remained that way for decades before the arrival of lithium-ion batteries. The emergence of lithium-ion batteries was able to topple lead acid batteries because they assured higher efficiency and was safer to use. Today, lithium batteries have suddenly become the go-to options for many when it comes to different applications and industries.
In the maritime industries where boats are used, the lifespan of a battery is one thing that is critically considered. The length of duration a battery can supply power determines how long a boat will be used. That is how efficiency is calculated in this world.
The actual lifespan of a 48V Lithium Ion Battery Marine is relative. It might depend on a lot of factors. Let us consider some of the attributes that can influence the longevity of a lithium battery. 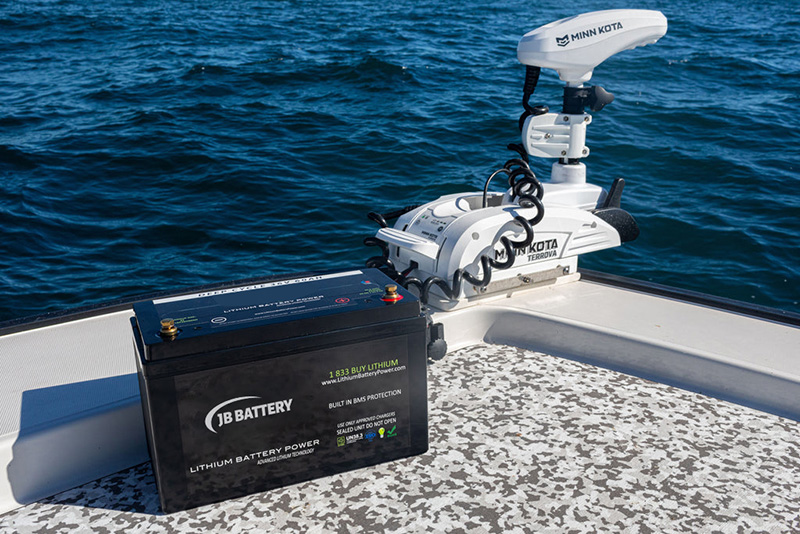 Usage Times
Lead acid batteries cannot be compared with lead acid batteries concerning how they function on a daily basis. They are on two different levels. The lifespan of lithium batteries is distinctly remarkable due to its quick charging time. And after charging it for a shorter period compared to other batteries, you can rest assured it will power the boat for longer hours.
For instance, it takes about an hour to complete charging, and you can be sure of having 8hours of power. The battery does not need any moment in between to cool down before it can be used. The only downtime that can be experienced is during the period of charging. For this reason, lithium ion has risen to the occasion and surpassed the expectations of its users.
Note: due to how lithium-ion batteries are designed, it is best that they are not completely discharged. That is necessary to prevent the damage of the protection circuit within.

Life Expectancy
By default, a 48V Lithium Ion Battery Marine is bound to have a longer life expectancy. Even if you are the most careless person on earth, you will still use it for a long time. When used correctly, lithium batteries will last for an incredibly long period. Suppose they were designed to last up to 5years by default. When you use them with great care and the right amount of charging power, they can last a lot longer.
With the help of various testing methods, it has been proven that lithium ion batteries can last as much as 45% longer than the best lead acid batteries. It will be a mistake to be looking for a lead acid battery when you have a lithium-ion battery at your disposal.

Loses Power at a Slower Rate
Batteries normally lose a bit of their powers as you use them with time. Whether it is lithium or a lead acid battery, there is a certain amount of power loss occasioned with usage. The battery tends to lose part of its capacity in the course of using it.
However, there is a significant difference between lithium-ion batteries and lead acid batteries in this regard. It is the fact that the rate of power loss in a lithium battery can almost be considered insignificant because it is extremely slower compared to that of lead acid batteries.
The implication is that a lithium ion battery can be used for a long time, and there will not be any noticeable drop in power. But, anyone who has used a lead acid battery would realize that it functions with a significant drop in power.

Can Withstand Extreme Temperatures
Most batteries struggle to supply constant power when they are exposed to extreme temperatures. In other words, an extremely high temperature or extremely low temperature can prevent a battery from performing at its best. It is a challenge that lots of battery manufacturers have struggled with for years.
Thanks to the introduction of lithium batteries, such shortcoming has been duly addressed. That means, you can use a 48V Lithium Ion Battery Marine within extreme temperatures, whether cold or hot. They have been designed to remain inert or unresponsive to the negative reactions that accompany such extreme temperatures.

Storage
A group of battery users was surveyed recently, and it became obvious that almost 60% of battery users do not know that where a battery is stored can impact the lifespan and efficiency of the battery. How and where you store your battery is just as important as many other factors.
If you had used a lithium battery and it did not last you long enough, then it is possible that you stored it wrongly. Before storing a lithium ion battery, there are certain tips you should have in mind.

One, avoid storing a lithium battery with zero charge. It is not wise to discharge the battery completely before taking it to where it will be stored. Instead, it should have some charge in it. Experts recommend a charge of between 40% and 50%. With such a quantity of charge, you can confidently charge your battery.

Two, the temperature of the storage space is another important factor. The surrounding space should be cool enough for storage. Room temperature will be good enough. That said, you may need to check on the battery to see if the battery has discharged significantly after some months. If so, you can charge it back up to 50% and store again.

Environmental Factors
There are lots of things you need to bother about when using lead acid batteries. One of them is the condition of the environment. However, the good thing with 48V Lithium Ion Battery Marine is that you don’t have to consider any of that when using it. Bottom Line
48V Lithium ion battery Marine has been designed with remarkable qualities and features. Such features make it easy for you to use your boat or any other marine applications. But, as stated above, there are certain factors that should not be overlooked so your lithium battery can last as long as expected.

For more about the lifespan of a deep cycle 48V 200Ah lithium ion battery marine for electric boat,you can pay a visit to JB Battery China at https://www.lithiumbatterychina.com/lithium-ion-electric-boat-battery/ for more info.

Lithium is an element of nature that usually has many properties... read more

Can A Custom Made 36v 100ah LiFePO4 Golf Cart Battery Pack Be Repaired In China?